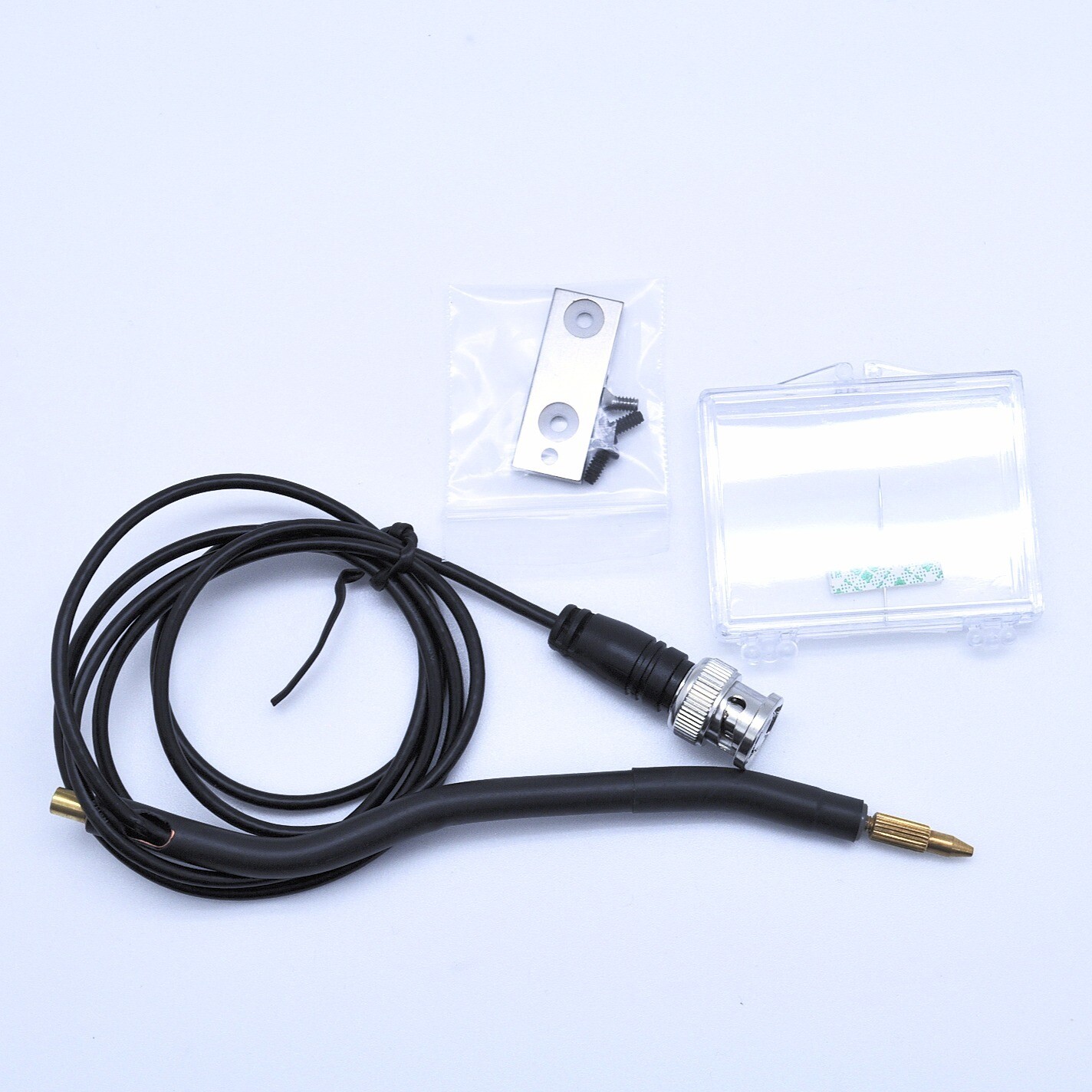 The 20601 is isolated near the needle/probe for less capacitance. The clamping collet has three slots for holding the needle at 60, 75, 180 degreesdegrees. It is connected to 3 feet of 50 ohm RG 174 coaxial cable ended in a BNC male connector. The tubing is coated copper tubing that can be bent to many positions making a complete custom probe arm. We can manufacture them longer or shorter if a customer needs more or less reach. Please don't bend the arm while attached to a positioner.

The 20601-T Triax version (shown with yellow cord) is the same physical size as the Coax version. The clamping collet has three slots for holding the needle at 60, 75, 180 degrees. It is connected to 3 feet of 50 ohm triax cable with a 3 lug triax male connector.

Either probe can be mounted on all of our translation stages using various back plates. The 20545 Suss plate works well as does the 20239 plain back plate that is used in the 20240 and 20249 probe arm holders.

Positioners can be damaged by placing too much load or using them as a vice. This arm is not bendable by the customer, especially while attached to the micro positioner. Bending the arm while mounted to the positioner will cause considerable damage to the gibs and slides.

Save this product for later
Display prices in: USD